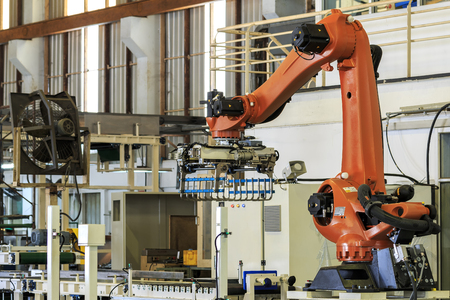 When more and more companies added robots to their warehouses a few years ago, the thought was that these machines would make life easier on warehouse workers. In theory, workers could do a lot of the heavy lifting when it came to the logistical side of warehousing while robots could do, quite literally, the heavy lifting. In reality however, robots have made a lot of warehouse workers’ jobs harder than they should be. Take a look at a few of the ways in which robots are negatively impacting those who work in warehouses below.

They’re forcing warehouse workers to work way harder than they should.

Robots don’t get tired. They don’t need to slow down and catch their breath every so often, either. As a result, they’re always working, working, working—and they’re forcing warehouse workers to keep up with them. This might seem like a good thing, but it’s causing a lot of workers to overwork while they’re on the job. Workers are often held to standards that are way too high and relied upon to meet quotas that are often unrealistic.

Despite the fact that many warehouse workers are struggling to keep up with the quotas that are set for them based on the production of the robots working alongside them, workers still do their best to hit them. This sometimes put them into positions where they’re at an increased risk for injuries. They try to pull off tasks that they’re not equipped to perform, and they end up paying the price for it when they’re injured.

They’re lowering the morale of warehouse workers by burning them out.

Warehouse workers are just about always on the go. They don’t have the time to slow down and enjoy the work that they’re doing. Thanks to this, many of them are feeling burnt out, and it’s hurting the morale in many warehouses that utilize robots. It’s forcing many of them to seek employment elsewhere and leading to constant turnover in lots of warehouses.

When used properly, robots can work wonders for warehouses. But they can also cause all kinds of issues for warehouse workers. Make sure you’re not pushing your workers too hard and asking them to try and keep up with robots. Make sure you’re having them work in the right warehouse for your company, too. Call Affiliated Warehouse Companies at 732-739-2323 if it’s time for your company to expand into a new warehouse space.