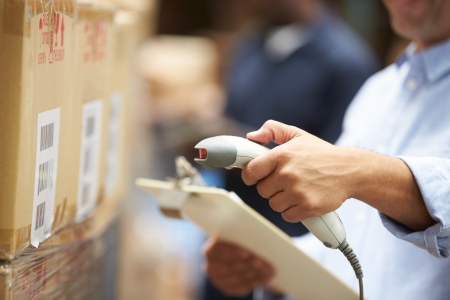 What is voice-directed warehousing? It’s the use of voice direction and speech recognition software in warehouses and distribution centers whereas workers wear headsets connected to small, wearable computers. The software essentially tells them where to go and what to do (using verbal prompts). Then the workers confirm their tasks to let their computers know they’ve done those tasks and all is well. It’s pretty amazing– thanks to technology, the wearable computer “understands” workers’ responses!

In a lot of warehouses, voice-directed warehousing is the new norm because it allows the workers to free up their hands and eyes (instead of having to use paper or mobile computer-based systems). Voice-directed warehousing helps improve safety, accuracy and efficiency at warehouses. While initially it was used in picking orders (when the technology first developed in the 1990s), it’s now able to handle more functions, including goods receiving, put-away, replenishment, shipping and returns processing coordination.

The Benefits of Voice SYstems in Warehouses

So what are the major benefits of using voice systems in warehouses? Besides the aforementioned reasons, some more benefits include:

•elimination of the cost of printing/distributing picking documents

Voice systems are designed to keep workers hands and eyes free; They don’t have to glance down, hit buttons, or fill out paperwork.

Meanwhile, the voice system will send real-time updates to the host system so management can see how the workers are doing… Are they completing their processing/picking tasks quickly? Have they completed their batches?

Voice-directed warehousing works well at warehouses managing a large number of SKUs and a low number of reaches to pick. Some applications might include:

Why is voice-directed warehousing increasingly popular? Well, it typically improves the hourly pick rate and work pace. There tend to be fewer errors such that picking accuracy increases. Data entry and complicated paperwork aren’t involved… so new hires can get to work quickly after a couple training sessions. Indeed, warehouses using voice-directed systems typically have less turnover. Employees tend to be happy and motivated because they’re getting simple, easy-to-understand instructions and they don’t have distractions like “the old days” when they had to hold a device in their hand and/or fill out all sorts of paperwork!

If you need help finding the right warehousing solution for your business, learn how the experts at Affiliated Warehouse Companies can help.